Dutch SUGI and T2S projects kicked off in combined meeting

What do the seven Dutch projects from the transnational NORFACE-Belmont Forum programme Transformations to Sustainability (T2S) and the seven Dutch projects from the transnational JPI Urban Europe-Belmont Forum programme Sustainable Urbanisation Global Initiative (SUGI) have in common? They are all transnational, they all aim at sustainability and they are all funded by the NWO Domain Social Sciences and Humanities. All of them recently started or will start their research soon. The T2S and SUGI programmes also have in common that both European consortia gave rise to these calls in cooperation with the Belmont Forum. The fourteen projects had their joint kick off on 9 October 2018 in Utrecht.

Jeanet Bruil, Head Strategic Partnerships & Policy, at NWO Social Sciences and Humanities, welcomed all participants to the combined kick off. Together with Pieter Hooijmeijer (VerDuS / JPI Urbane Europe) and Dick van der Kroef (NWO representative of the Belmont Forum), she explained the common ground between the funding initiatives that made possible these new projects.

NORFACE, JPI Urban Europe and VerDuS
NORFACE, which funds the T2S projects together with the Belmont Forum, stands for New Opportunites for Research Funding Agency Cooperaton in Europe. It is a partnership of twenty national research funding agencies in Europe dedicated to leading and developing opportunities for scientists in the area of social and behavioural sciences. The Joint Programming Initiative Urban Europe is also a European cooperation between several funding agencies in fourteen member states of the EU. In the Netherlands, the Dutch part of the JPI UE projects is also linked to the knowledge initiative Verbinden van Duurzame Steden (VerDuS, Connecting Sustainable Cities), which makes it possible to bring knowledge dissemination to a higher level.

Urgency for sustainability
All projects that met in Utrecht focus on sustainability, which is exactly what the Belmont Forum is all about. This is an international partnership that mobilizes funding of environmental change research and accelerates its delivery to remove critical barriers to sustainability. As Dick van der Kroef stated: ‘Yesterday a new IPCC report was published. It was yet another wake-up call. The need for the knowledge you are providing is very urgent.’ The SUGI projects are focusing on the so-called Food-Water-Energy Nexus, in urban areas. Some of the T2S projects also focus on urban issues, but there are also projects that deal with rural areas, water access, mining and wildlife, among other things. 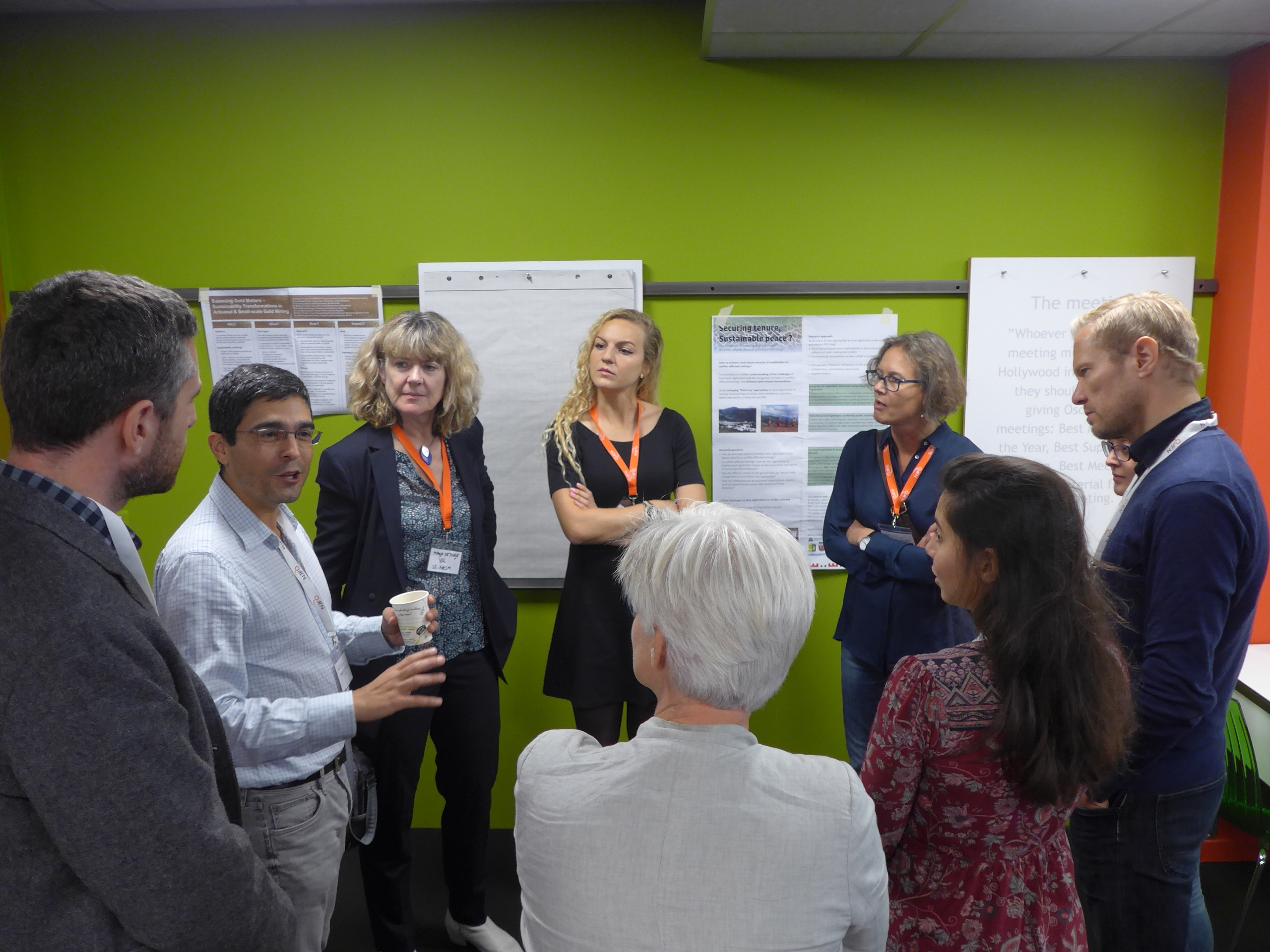 Separate sessions
After the plenary introduction, researchers of the SUGI and T2S projects visited each other’s posters. Subsequently, in separate sessions for T2S and SUGI, project representatives gave short pitches about their research and discussed several issues. At the SUGI session, one of the issues discussed was if some of the food-water-energy innovations will ever leave the niche they are in and become mainstream. Also the significance of urban agriculture compared to peri-urban or rural agriculture was discussed, the scaling up potential of some local experiments, and the cooperation between researchers in different projects from the same university, working in the same field. Living labs as a research instrument was also discussed. There will be a special session on this topic at the next VerDuS conference (29 November 2018, www.verdus.nl) in Amersfoort. In addition, there was an exchange of views on the target groups for the decision support systems that are being made by several SUGI projects. At the T2S session, discussions focused on co-creation, local initiatives in case study countries, re-scaling aspects, and the way in which transformative thinking is also required in terms of research methods. In addition, the T2S projects discussed the potential for a joint open access initiative.

After the two separate sessions, participants met again during a joint lunch. 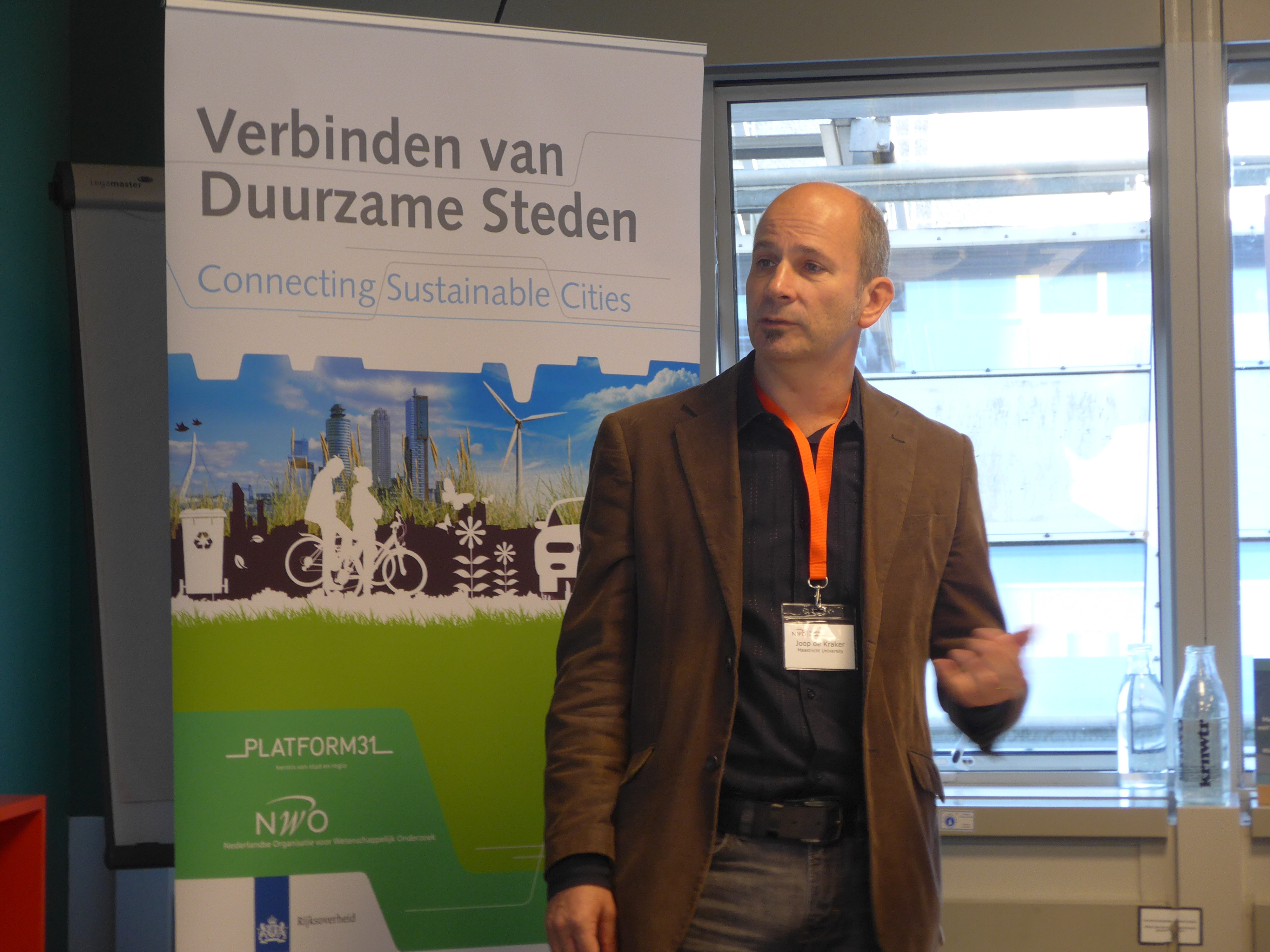